Shallow grace and a truncated religion 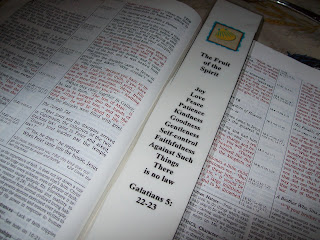 The following letters were sent to a couple of writers of a Christian magazine I subscribe to. I left out names because I'm not sure what is legal to print without someones permission.


Dear Mr. O
Thanks so much for your article, "Class Without Rooms." I well remember taking an Old Testament class in college, thinking that we were going to study the Old Testament from a literary perspective (it was a literature credit). It turned out to be simply a running monologue of one derogatory comment after another from the professor who was determined to persuade us that the Bible was all nonsense. Of course we were all young, inexperienced, plastic-thinking students whose primary concern was to get a good grade. How I wish I could go back to that class with my present knowledge and maturity and challenge the inept arguments and unsupported assertions of that professor!
My son is 14 and I am already thinking how to best serve his post high school academic needs without wasting his time and my money by enrolling him in a college whose objectives are to indoctrinate rather than educate. I'm glad to hear about on line education and I will certainly be considering its possibilities.
I found your article to be relevant and timely. I thank your for it and I thank you and all the people who make - magazine possible. It is a refreshing oasis in the midst of the amoral, nihilist, and secular beliefs that produce most magazines. God bless you all.

Thanks. For your son in several years, consider online education but also look into the few colleges that(are) not propaganda mills. The King's College, New York City, where I'm now provost, is one.
M
(I looked up King's College on the web. Although my sons interests lean toward technology, it looks like an excellent liberal arts school that will equip young people to confront secular worldviews with intelligent arguments as well as deepen their own knowledge and faith. I recommend looking into this school for any believer seeking degrees in politics, philosophy or economics: http://www.tkc.edu/abouttkc/aboutnyc.html)


Ms. S,
I wanted to drop you a brief note to tell you how much I appreciate and agree with what you said in your article, "Control that Tongue". I get frustrated with professing Christians that believe the Christian experience is all about God loving us but don't understand that it is also about us loving God.
If we love the Lord with all our hearts, minds and souls, we gladly and ardently wish to live a life of obedience to Him. I believe the fallacious thinking that causes people to interpret grace as a license to sin without consequence is due to an ignorance concerning what the Bible says. (My people die for lack of knowledge Hosea 4:6).
I also believe that many professing Christians have filled their minds with ungodly thinking due to what they are reading and viewing on TV and other media, it seems their consciences have been seared. As long as I'm preaching, let me frankly say that our society has heretofore made it comfortable for many to claim to be Christians without risk or sacrifice to themselves which might explain why many worldly people enjoy calling themselves Christians. I've always thought that if great persecution comes to American Christians the only good thing to come of it will be that unsaved people will stop calling themselves Christians because the price will be too high.
Well, so much for brief and I hope I did not come across as overly negative. Your article really struck a chord with me. Thanks for writing your article and God bless you and your family.

Thank you for that "preaching." It hit the spot. Sounds like a page from Dietrich Bonhoeffer's books.
Quite an insight you have there about what would happen if persecution ever hit the country.
Blessings.


It is encouraging to know (of) people who have an uncompromising faith. Today at lunch I got into a "discussion" with a colleague about the inerrancy of the Bible. She started explaining the meaning of "666" based on what she heard on a TV show. I began to tell her that the Bible said something different. She interrupted me to say that the Bible was subject to each person's interpretation. I maintained that the Bible is not vague or unclear and is not any one's guess as to its meaning. She insisted it was and she wasn't going to argue with me because it would be like arguing with the pumpkin that was the centerpiece for our table.
This lady is attending a large Southern Baptist church and has been going to a weekly Bible study there. I happen to know many people who go to that church and I know that it is a conservative denomination and that the official position is that the Bible is the inerrant word of God. I would like to ask that woman to go ask her pastor's opinion about interpreting scripture. Maybe I will, but I'll have to wait until I can do it out of love because right now I'm too angry.

Last night at BSF we were learning about the history of the Samaritans. It seemed that they liked to pick and choose which part of the Bible they believed in as well. (They only accepted the first four books.)The study observed that they (the Samaritans) had a "truncated religion because they had a truncated Bible."
That's what many people have today. This isn't court of law so I'll presume motives. If what the Bible says is any one's guess than we don't have to do what it says. We can live however we feel like and still feel spiritual about ourselves.
Pretty shallow grace if you ask me. In fact it's not grace at all, it's deception and it's going to lead people down the same road to judgment and condemnation as an unbeliever.
Posted by Sharon Wilfong at 2:53 PM 2 comments: 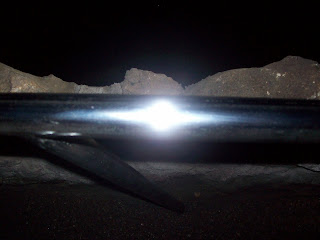 My friend, Lisa and I were in our tent reading. We had taken our sons camping out in Glen Rose and had spent the day walking around the park, going to the river to see the dinosaur tracks and visiting the Creation Museum. All in all it had been a good day. It started to drizzle in the afternoon and began raining hard enough that we had to retreat to our tent where we spent the rest of the afternoon reading the books that we had purchased from the Creation Museum. These books were wonderful and brought out the beauty of God's creation, filling me with a deep sense of how awesome God is.
Eventually it became too dark to read so we just lay down on our pads. Derek and Ethan had already fallen asleep. Around 11:00pm that night a couple in the next tent started talking. They had actually been talking in the background the whole time we were in the tent but because we had been reading we hadn't been paying much attention. Now that we were ready to go to sleep, we couldn't help but hear them. That and the fact that they were getting loud.
It was obvious from their slurred speech and the content of their conversation that they had been on the razzle for awhile and now it was taking effect.
The couple was a man and a woman, maybe married or not, and they began to have an argument. It went something like this:
“You know you paid me a hundred dollars to -”
“I did not pay you a hundred dollars to-”
“Yesh you did! You wanen a pay me hunerd dollars to-”
“I di' no'. I ne'er ash you for hunner' dollarsh....!
This went on for what seemed like hours. As I lay there, a captive audience, listening to this drivel I began to think of God as the Author of creation.

When I consider Your heavens, the work of Your fingers,
The moon and the stars,which You have ordained,
What is man that you are mindful of him?

I began to reflect how God, our Creator, has made our brains with such infinite complexity and man (some men) have chosen to drink themselves so incoherent that they can hardly string two or three words together to form a semi-cohesive sentence.

And the son of man that you visit him?

Then I got to thinking about others who don't kill off their brain cells with alcohol but never develop the potential of their minds out of intellectual laziness. They'd rather feed it with what I call “media baby pap” by what they read, watch on TV and listen to on the radio.


For You have made him a little lower than the angels
And You have crowned him with glory and honor.

And the busyness. So much running around there's no time to stop and reflect. No time for philosophy. How does the poem on my mother's refrigerator go?

No time, no time to study
to meditate or pray
yet much time for doing
in a fleshly, worldly way
No time for things eternal
But much for things of earth
Things important set aside
For things of little worth.
Some things, it's true are needful
But first things must come first
and what replaces God's own word
Of God it shall be cursed.

Being a childen's leader in BSF is exhausting. There's the 6:30am Leadership meetings on SATURDAY MORNINGS! (5:00am on Fridays once a month, like this week). And, of course, the Bible study itself on Monday evenings. Wow. What a commitment! God should be so grateful (tongue in cheek).
But then there are the rewards. The rich, ever deepening intimacy with the Creator of the heavens and the earth. And the development of my intellect. People don't talk about that, as though that shouldn't be an objective in our Christian living. Well, it may not be an objective but it certainly is a consequence of spending time sacrificially studying God's word, praying and fellowshipping with fellow Christians. God made our minds. He took delight in doing so. What He makes is good. Is it not both a privilege and a duty to glorify God through using all He's given us, including developing our ability to think on higher planes?

Dear God, I thank you for your generous gifts, including my mind. May I use it to the best of my ability according to Your will and purpose. In Jesus' name, Amen.
(Scripture: Psalms 8:3-5)
Posted by Sharon Wilfong at 6:07 PM 1 comment: