Bike Trip on the Rhine: Heidelberg


Our next bike trip was one of the longest with a butt-numbing 48 Kilometers (30 miles) along the Rhine and through some more nature reserves.  Somewhere around Mannheim we stopped for lunch.  Looking at all the buildings I tried to see some trace of the Germany I remembered when I was a kid back in the seventies living in Germany.  Then Germany was still very much a post WWII society and firmly entrenched in the Cold War as a divided nation.  I did see one old apartment building with the little balconies outside each apartment.  This style of apartment building was prominent when I lived there. Other than that I could conjure up no sense of nostalgia.  It was like I had never been there before. 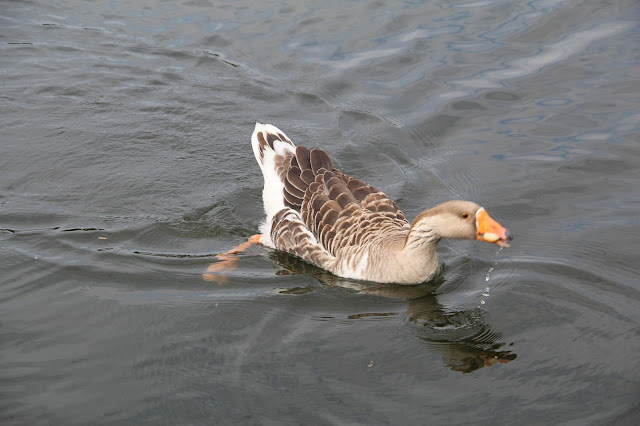 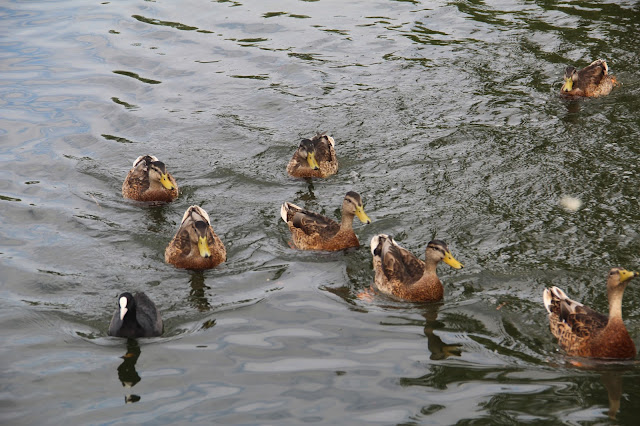 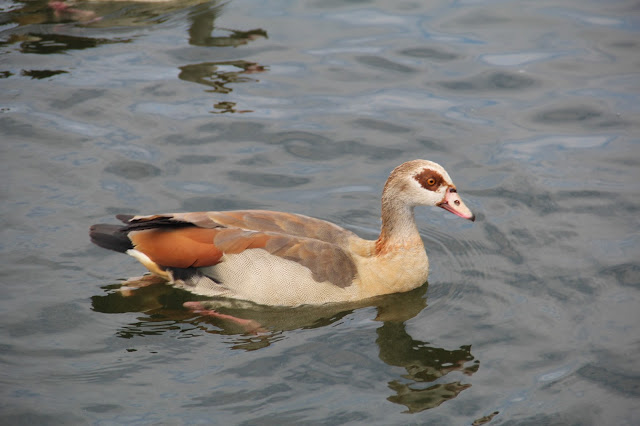 We finally made it to Heidelberg and since we didn't want to waste time we parked our bikes at the dock and wandered around the town. I stopped at a pharmacy and bought a few Chocolate bars.  Some people like to sample beer from different countries.  I like to taste chocolate from every nation.  I fully intended to bring some back home for my family but the heat melted the chocolate bars pretty quick so Josh and I had to eat them so they wouldn't go to waste.  Which was sad.  Sad for the people back home, that is.  They were yummy!


The following photos were taken as we walked around the downtown area of Heidelberg. 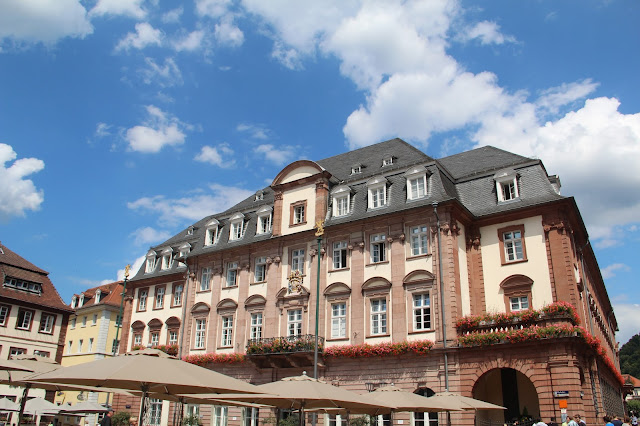 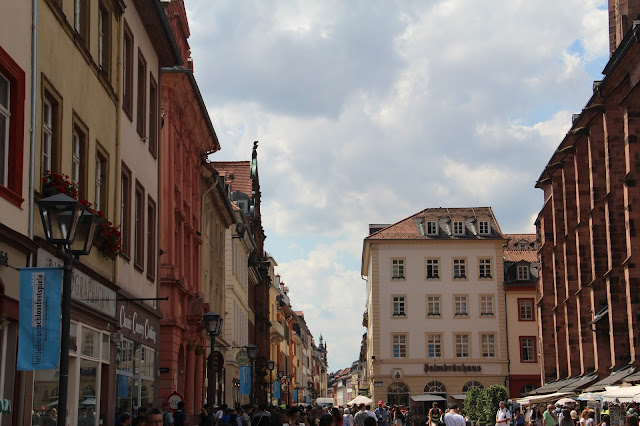 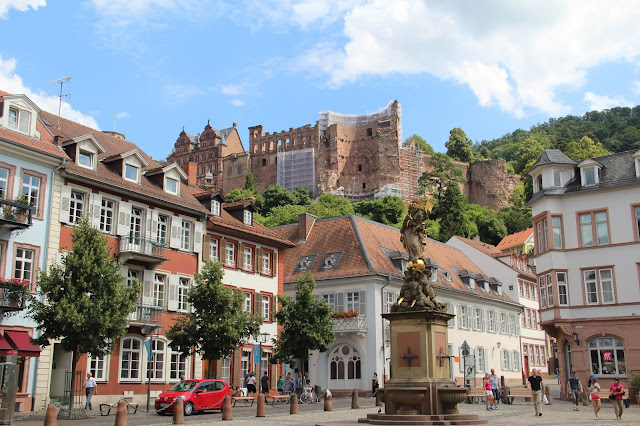 On the hill you can see part of Heidelberg Castle.  I visited it as a child and would have liked to again, but Josh and I were too hot and tired to walk up the mountainside to get there.  So we contented ourselves with admiring it from a distance.

Later we took a tour led by a slightly crazy German woman who, nevertheless, was passionate about her subject:  Heidelberg history.  She took us to the University there and old apartments of important historical figures such as Robert Schumann.  It was also where Martin Luther went to defend his 95 thesis, Heidelberg playing a significant role in the Reformation. Below are photos of a Lutheran church.  I found it remarkable in its contrast to St. Peter's.  The one filled with opulent, gold plated figures and adornment, the other striking in its almost Shaker-like simplicity. 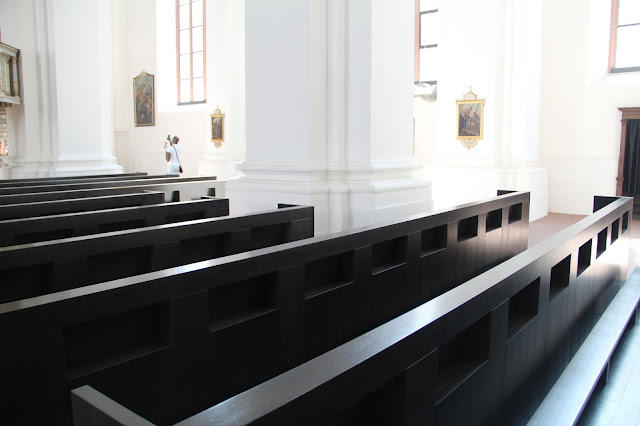 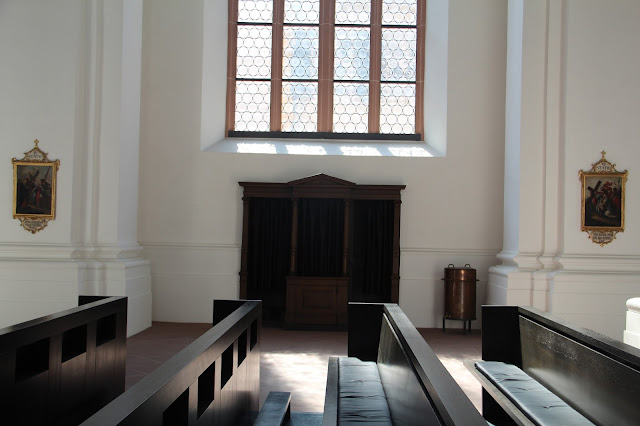 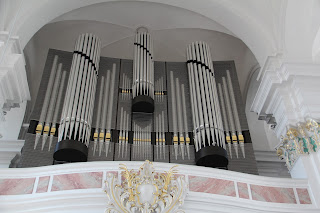 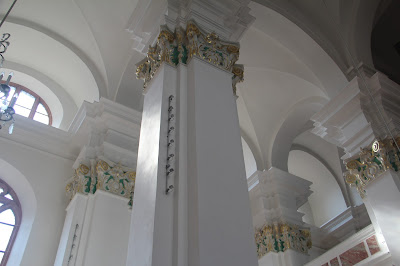 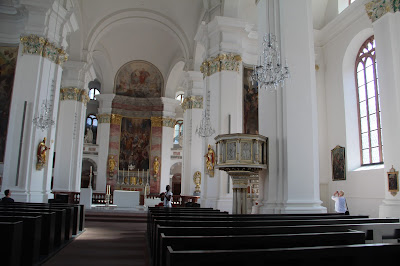 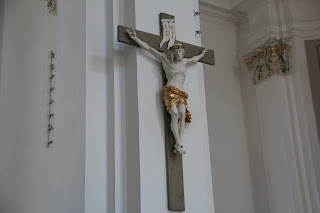 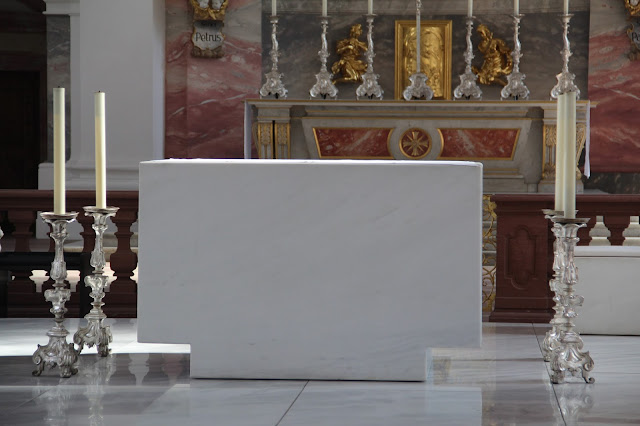 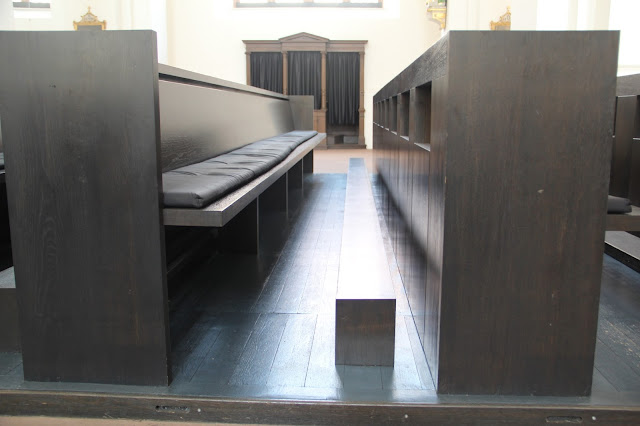 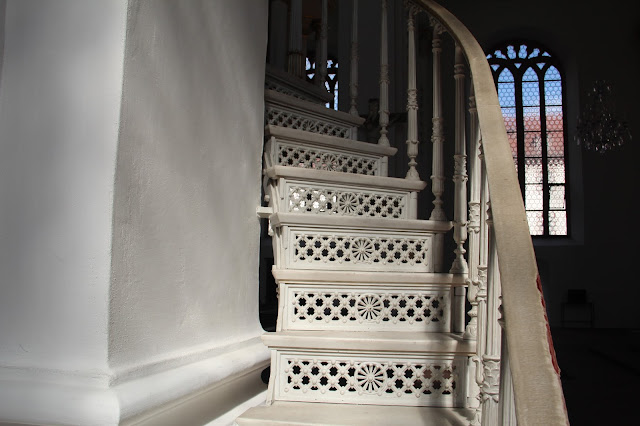 There's more to Heidelberg than these photos but I think that's enough footage for now.  I hope and pray you all have a blessed week and very Merry Christmas!! 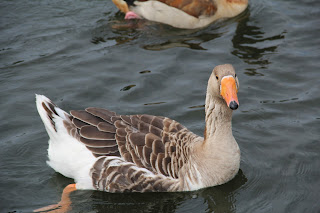 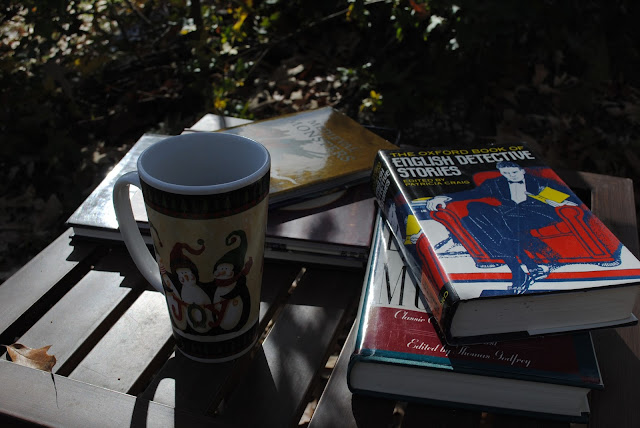 I have this past year become addicted to murder mysteries.  Poirot, Columbo, and now, Death in Paradise are shows I watch religiously and many books from American Crime Noir to British mystery anthologies are a part of my permanent library.

Part of my fall reading, while curled up with hot tea, were two delightful books of English murder mysteries.  Both books were published in the eighties and the majority of the stories are from the first half of the century.  In my opinion, that was the golden age of mystery writing.

The reasons I feel this way is that I find modern mystery writing tries too hard to be profound. "Psychological". I do not like the present fashion of writing that is so popular: Dystopian in SiFi/Fantasy genres; Modern Realism in contemporary fiction.  I call it the Life Sucks School of Angst style of writing.  This isn't to imply that books need to revert to Rebecca of Sunnybrook Farms or PollyAnna. But it seems to me the old school of writing possessed an underlying hope and optimism no matter how horrible life's circumstances became.  Or maybe it was a moral compass.  Murder was seen as wrong.  Present day novels aren't as clear about that.  Now-a-days it seems that the focus is to create in the reader a sense of hopelessness; that life has no meaning.  In which case, why read the story, just go out and shoot yourself.

But, if you're looking for fun mind games where you try to figure out "whodunnit" and enjoy a writer who takes you through a maze of possibilities, motives, and sometimes rather complicated mechanical processes while solving the murder, you should read the above stated books.

It must be difficult to write a murder mystery.  Of course, you have to have a murder, usually right off, after you've introduced everybody.  You have to  (but not always) establish the character of the murder victim in order to allow the reader to guess as to why anyone would want to kill him.

In Agatha Christie's Inspector Poirot stories, the victim is almost always some odious individual and everyone one else had good reason to want him dead.  Poirot simply goes about finding who had the means, opportunity and criminal mindset to actually carry it out.


In other stories, part of the process is finding out why anyone would want the person dead, which then leads to our suspects and finally to the one with above stated criteria.

One particular story in The Oxford Book of English Detective Stories had me going to the very end.  The writer (Freeman Wills Croft) created what seemed to be an impossible murder.  It takes place on a train, hence a confined place, and inside of a passenger car.  Two people in the car are shot dead while a third person, in the same car, is not.  She screams for help but is locked inside.  In order to get to the car one had to pass another car filled with people.  No one saw anything, including the lady in the car with the dead people and she had no gun and the car was locked from the outside. Furthermore, the murdered couple were on their honeymoon, knew no one there and had no enemies as far as anyone could see. The detectives go over every angle and come up with nothing.   The case goes cold.  The mystery is eventually solved but only many years later.

The part that kept me going was the conversations between the detectives who kept combing through every possible angle as to how this murder was accomplished.  Each angle possessed one fact that made it impossible.  Round and round they go trying to solve the puzzle until they give up.  I won't tell you the ending in case you would like to read it, although I'll be frank and say I didn't fully understand because I thought the detectives had negated that particular method.  The story is called, The Mystery of the Sleeping Car Express.

Currently my husband and I are enjoying Death in Paradise on Netflix.  This series is based on an English Detective who finds himself permanently assigned to St. Marie, a Caribbean island, to solve murder mysteries.  The writers of this show are meticulous in creating plausible story lines with logical outcomes.  Plus the characters are fun and amusing.  Richard Poole is the uptight London detective who insists on wearing jacket and tie in the sweltering heat.  His drink of choice is...a cold beer? Coca cola?  Of course not!  It's hot tea.

For those interested, I have now read 63 books out of the 100 I must read before breaking my book fast.  But God knows I would be lying if I led you to believe that I haven't already broken my book fast.  Still, I think keeping track of how many books I've read is a good practice.  Next week: More photos on the Rhine.

Posted by Sharon Wilfong at 8:06 AM 8 comments: