Reports from a Parisian Paradise: Essays from France 1925-1939 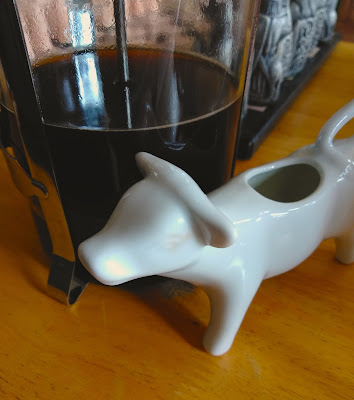 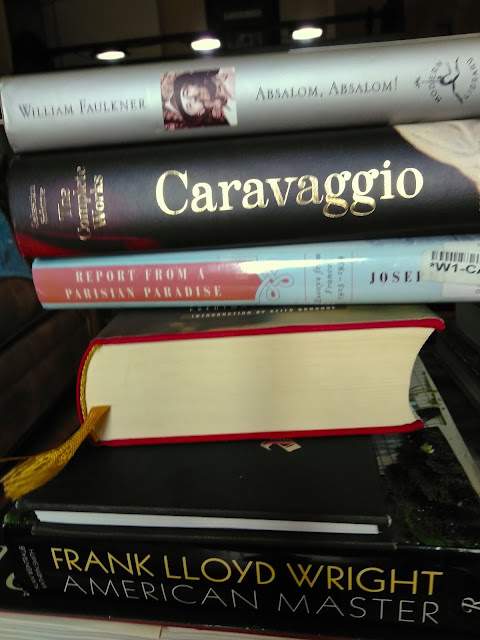 Report from a Parisian Paradise: Essays from France, 1925-1939 by Joseph Roth


As with Roth's book on Berlin, this book is a collection of vignettes, little essays on Roth's thoughts and feelings about his time in France, which were the years in the 1930s up to his death in May 1939.

The first several chapters, Roth is once again describing the landscape of different Parisian neighborhoods, small French towns, the people he encounters and their customs. It is like he is trying to take snapshots of each place and person, to record the pleasure of remembering. Some people will like this approach, others will consider it a little sentimental. But in the context of what was transpiring in Europe in the decade that led up to the Second World War, we realize that Roth is clinging to an era that he knows is about to disappear for good.

In his final chapters he deals more with the looming Nazi threat. An essay he wrote on Jewish children refugees was particularly illuminating and the determined ignorance of people in France and England as to what sort of person Hitler and his henchmen really were.

He also writes about writers from the early part of the century who were already setting the stage with their anti-Semitic writing. There's an interesting study done by an author who I can't remember that asserted that Hitler did not start anti-semitism. He fanned a flame that had already been ignited because he knew it would make him popular. He told the masses what they wanted to hear.

These final chapters alone are worth the price of the book. 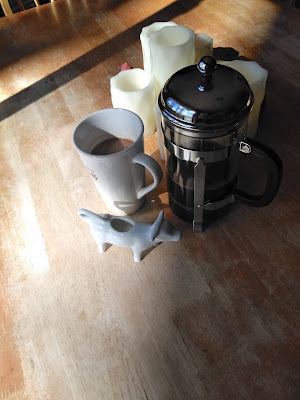 Posted by Sharon Wilfong at 5:19 PM

J. Roth is new to me; and i think he was on the money with his opinion that anti-semitism was there before Hitler... in my recent post on that pre WW1 sci fi book, i definitely received the impression that that sort of prejudice was a major component of the German character at the time...

I tend to like vignettes. Any sentimentality would not bother me. My wife reads a lot of books like this centering on Paris. I think that she would like this. As you point out, the time that this was written makes it sound particularly interesting. Have a great week!

Roth sounds very interesting. On the subject of WW2 & the ignorance of what Hitler was really about, my husband and I went to see 'Darkest Hour' the other week. Very good. Churchill saw what others didn't see.

Hi Mudpuddle. Roth is relatively new to me as well. I happened to come across a book review about his work which intrigued me. I have since read a number of his books and enjoy him very much.

I do think that, tragically, Europe has a history of anti-semitism and it still exists.

HI Brian. This book is especially interesting for the time period Roth was trying to capture. He saw the sign of the times and I think it lead to his premature death. Have a wonderful week, too!

Hi Carol. I have not seen the movie yet, but I hope to. I have great respect for Churchill and would like to see him depicted in a way worthy of who he was and what he accomplished.

Anti-semitism was definitely there before Hitler but he picked it up and ran with it. His Mein Kamp is horrifying and you can tell how deranged he was. This book sounds so interesting though and yet another you've introduced me to! :-)

Hi Cleopatra. I have not read Mein Kampf. I want to but I think I would find it really depressing. I do have Der Fuhrer and Hitlerland on my TBR. I want to know how someone like Hitler comes into power.

I really like Roth. His fiction is even better than his non=fiction.

Sharon, your review/critique sends me to the library in search of a copy. As Roth seems to suggest (echoed by you and others), Hitler did not exist and thrive in an inhospitable environment; he was one person, and it would have taken only one other person to stop him, but no one of sufficient consequence, conscience, and power opposed him within Germany. Don't get me wrong. I'm not exculpating Hitler. I'm blaming millions of people.

Hi R.T. I agree with you. Hitler succeeded because the majority of the people did nothing but stand by and watch. Even other countries were indifferent to the plight of the Jews. I worry now because the tide seems to be changing once again with people pushing boycotts against Israel.

My edition of Mein Kampf was published in 1939 so its footnotes had a very interesting viewpoint and insights given that it was right at the beginning of WWII. It was definitely a difficult book to read in more ways than one but in hindsight I am glad that I read it.

That sounds like a very interesting edition. I'm sure it is a hard read, which is why I put it off, but I know I must eventually make myself.