The Power Broker: Robert Moses and the Fall of New York by Robert Caro


A favorite piano concerto by a favorite composer.  Notice how he brazenly brings in the orchestra in an entirely different key than the one the piano starts out in?  Beethoven's Piano Concerto no. 4


And here are a couple of more photos of my time in Israel. 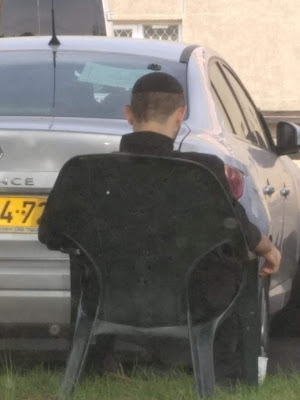 Young man relaxing and reading in a parking lot. 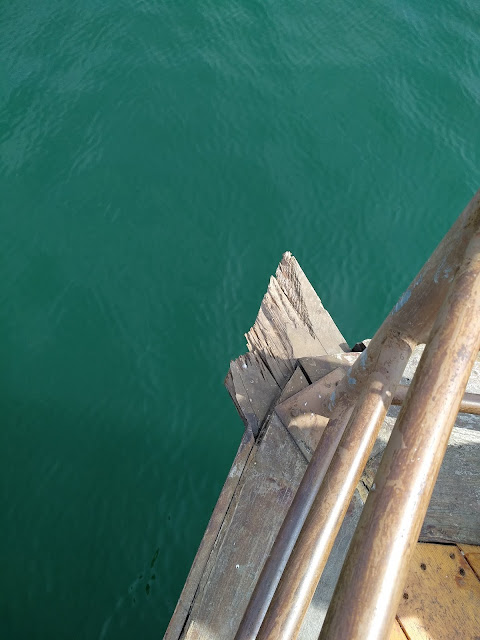 Prow of the boat  on which I sailed across the sea of Galilee.  I prayed for my family and friends, especially my mother who has stage four cancer and had been admitted to the hospital the day I left for Israel.  I prayed she wouldn't pass before I got back. 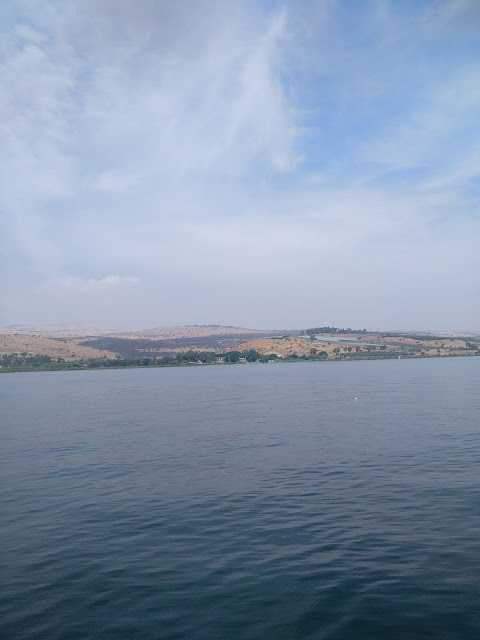 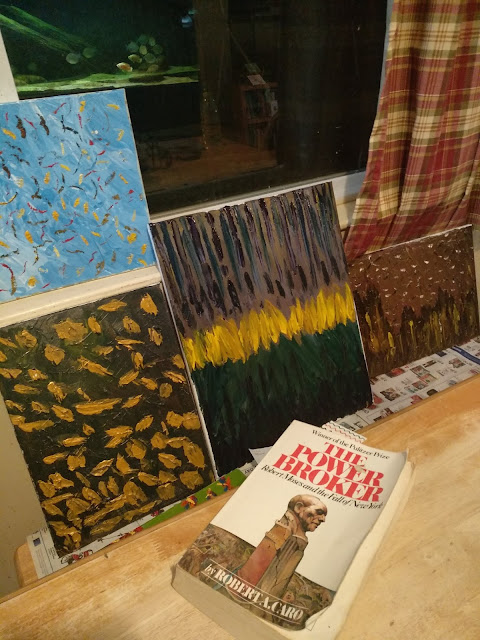 You may have noticed that I have conveniently placed this week's book in front of my larger paintings.  And, exciting news:  I've been accepted in a local art exhibit.  It's called ArtWalk and artists, if accepted, are allowed to exhibit their work in front of cooperating businesses and stores.  I will be in front of Roma's, an Italian restaurant.  I hope I will be strong if no one buys my art. I'm so sensitive. I don't care about getting rich, but it would be nice if I sold enough to pay for my art supplies. Soon I will be adding a page to my blog where people can peruse and maybe buy as well. 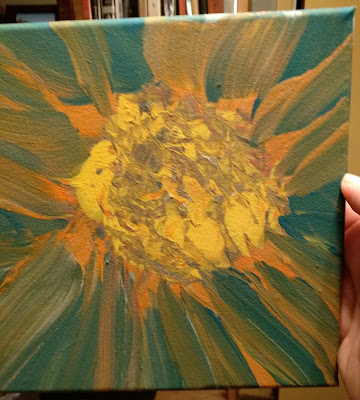 The Power Broker: Robert Moses and the Fall of New York by Robert A. Caro
My rating: 5 of 5 stars
This book is a very long, thorough, exhaustive and phenomenal account of the man who made the public works systems and housing and parks in New York City what they are today. It deservedly won the author the Nobel Prize for literature.

Is Moses a great man?  This book lets you decide.

Robert Moses grew up in a household run by his mother, who had extremely fierce opinions about fighting for the underdog. She raised her children to think like her, at least she expected them to. Robert Moses did, his brother did not, the sister did but wasn't useful. Therefore Robert got every single dime that his passive father made, which was a lot, and his siblings got absolutely nothing.

This arrogance and drive put Moses through Ivy League, Oxford and made him a prominent administrator over New York City's parks, housing and city transportation systems.

Caro's book gives a real insight into how politics and the power mongers who use politics work and think. Moses spent hours and months looking at all the laws and by laws on the books. Found obsolete rulings and used them to basically get himself in an un-elected position of power that had no expiration date.

He used people and developed a gigantic entourage that supported his power, and tirelessly and relentlessly held power over everyone from the governor of the state to the mayor of New York City.

But what really allowed him to become the despot over New York was the press. I found this very interesting. If the press is on your side, it does not matter if you're a saint or a monster, people will take their cues from what the newspapers' slant is. The New York papers always slanted in Moses' favor.

What I also found fascinating is how brutal Moses could be towards anyone who did not allow him what he wanted and how vengeful as well, yet he had loyal followers who genuinely believed that Moses was all he claimed to be, i.e. the "Savior" of New York. These men, or dupes, if you will, kept Moses in power for decades. By the time any of them wised up, they had no power or were useless to Moses and he discarded them.

First Moses ousted the Old Money that owned private property on Long Island and made it public property. He did this forcefully and gracelessly and not legally. And he got away with it for the above mentioned reasons. But his official response was that he was doing it for the common worker who lived in New York and had no beach to go to on the weekends. He used this excuse for the entire time he tore down property, built up parking lots, highways, created car to car traffic congestion and, let us not forget, pricey admission prices to access the beaches that eliminated the average New York middle class worker.

He did the same with bridges and highways. Instead of building them along deserted areas with empty tenement buildings, of which, New York had more than a few, he chose to build them in thriving neighborhoods, effectively ousting tenants and turning the neighborhoods into dangerous ghettos. He did this all over New York. Digging up parks, robbing families of what little resources they had to take their children to play.

Under the guise of "renovating" neighborhoods, Moses created a horrible homeless population and also isolated poor neighborhoods, condemning them to the category of ghettos. Jane Jacobs discusses this in her book, The Death and Life of Great American Cities. By destroying, self-sustaining, vibrant neighborhoods, Moses was instrumental in creating grey, dead tenement neighborhoods where crime moved in and those who could afford to, moved out.

What's frustrating is how much of it was avoidable if Moses had made his highways and bridges in other unpopulated areas. But Moses marched to his own drum.

And he could be vindictive. Someone ticked him off about the Brooklyn Aquarium and Park and he effectively bankrupted them. The reason? Because no one messes with Robert Moses.

This went on for decades. We think of despots running third world politics. It also runs on smaller scales in cities and towns. It's not about money; it's about power.

Moses' downfall finally came in the sixties when Nelson Rockefeller became governor. Rockefeller did not need Moses' money and he was young and arrogant and Moses couldn't push him around. There was a new sheriff in town. Little by little, Rockefeller plucked every piece of development that was under Moses' authority.

He was finally left with running the World's Fair in Queen's and it was a dismal failure. Moses thoughtthe could push around delegates from other countries as he could officials in New York. Hardly anyone from Europe came.

Moses' private life wasn't much better. His wife and daughters were so neglected that they eventually fell from view altogether. His wife became such an embarrassing alcoholic that he stopped bringing her to dinner parties. Instead he brought his mistress, whom he married a few months after his wife finally died.

As hateful as Moses was, and it certainly helps explain the traffic situation in the Northeast, this book was such an eye-opener as to how politics work. It's not the elected officials you have to worry about so much as the ones that get themselves their own little dictatorships.

I would be interested in reading a good book as to what New York has done since the early seventies in an attempt to rectify any of the damage this one man incurred on one of the greatest cities in the world.


Sorry, I'm keeping this one.  It reminds me of my parents' home in Florida.  We spend a lot of time on the beach when I visit them. 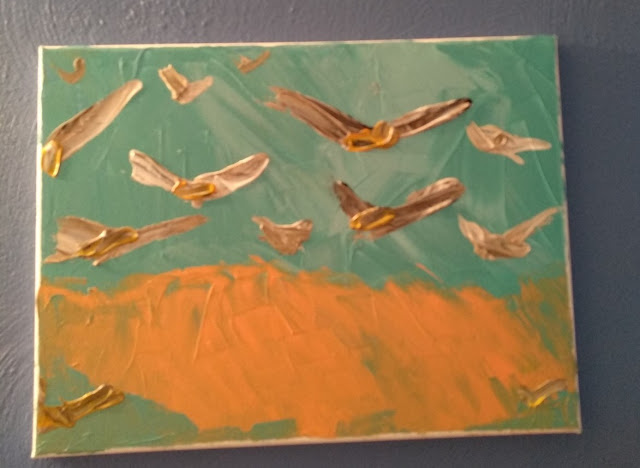 Until next time, toodles!
Posted by Sharon Wilfong at 6:34 PM

How exciting about your artwork! Congratulations, that must be so encouraging to you.🙂 So sad about your mum. Going through a similar thing with my mum - diagnosed while we were overseas. Take care & best wishes for your upcoming exhibition. X

So sorry to hear about your mother’s illness.

That is really neat about your artwork going on display. I understand the desire for people to appreciate it.

Excellent review of the Robert Moses book. I had heard about it. I should read it. I live on Long Island. We have lots of roads built by him. We even have one called The Robert Mosses Parkway.

Hi Carol! How is your mother doing? Is it cancer she was diagnosed with? How old is she?

I had a lovely visit over Thanksgiving with my mother, although she is still in a rehab center. I was able to check her out every day and take her down the road to the beach where we watched the sun set.

Prayers for you all!

I was wondering what you knew about Moses since he had such a profound impact in your neck of the woods. Would you agree with the author? Or has there been improvements since then? I would love to read any book that discusses the development of traffic and housing since Moses' death.

it's interesting that what we were taught in school about how things work, is not the way they work... i'm still startled about things like this book describes: i guess i'm naive... very sorry about your mom and it's great you get to spend a bit of time with her... and lovely pictures: i hope you sell some for gross amounts of money!

I must say this book was an eye opener for me as well.

I doubt if I will get rich of my work, but if it pays for my art supplies, I'll be happy.

My mother is in a rehab center right now. I had a great visit with her over Thanksgiving. Thanks for caring!

Hi Sharon, yes, my mum was diagnosed with cancer. Unfortunately, we found put today that it’s spread. She’s 81 & honestly, we never thought she’d make it to this age as she had 2 heart attacks in her 50’s but getting cancer was something out of the blue. Enjoy your time with your mum & dad. X

Hi Carol. I am so sorry to hear about your mother's cancer spreading. My mother is 82 and she was supposed to have died 6 years ago, so every day is a blessing. She's a strong cookie.

I will be praying for your mother and all of you. Have a blessed Christmas season!