Dr. Suess and Mr. Geisel: a Biography by Judith and Neil Morgan

To be honest, I'm listening to music few of you would like, but just in case, here's Pavel Haas:  String Quartet.

It has been unbelievable here in Texas.  Yesterday I spent the afternoon sitting at my window watching all the birds snatch up seed from my feeder.  I had to refill it today. 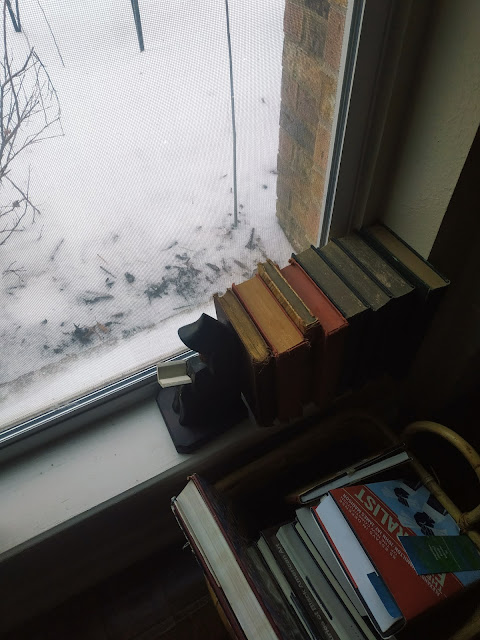 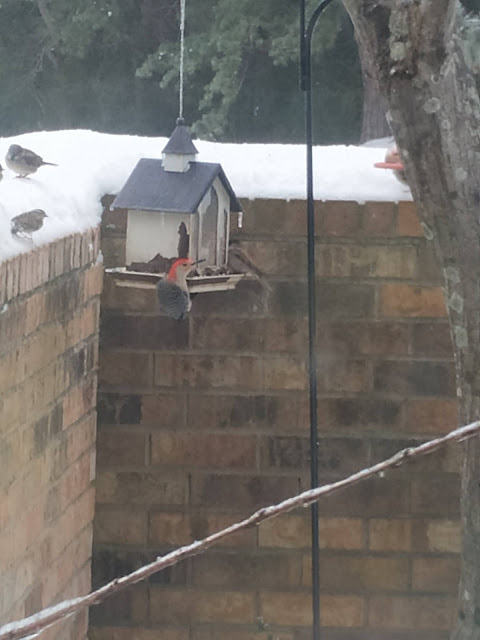 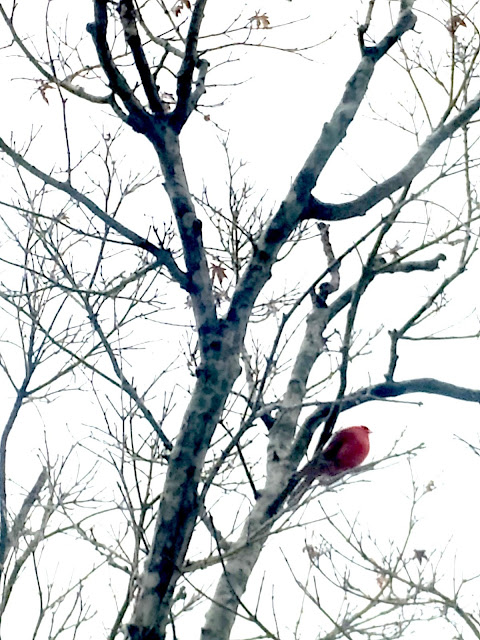 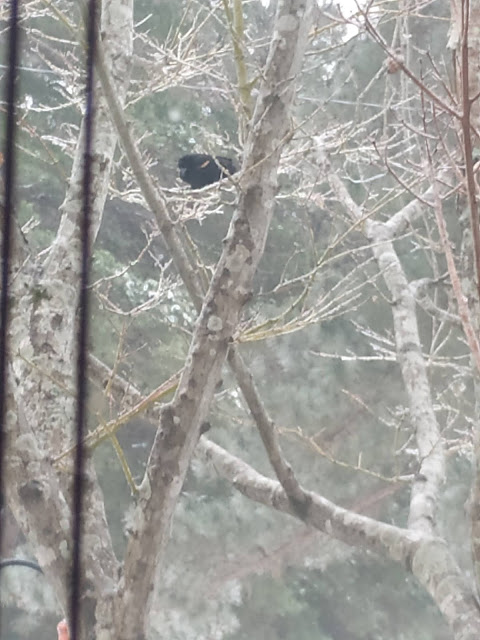 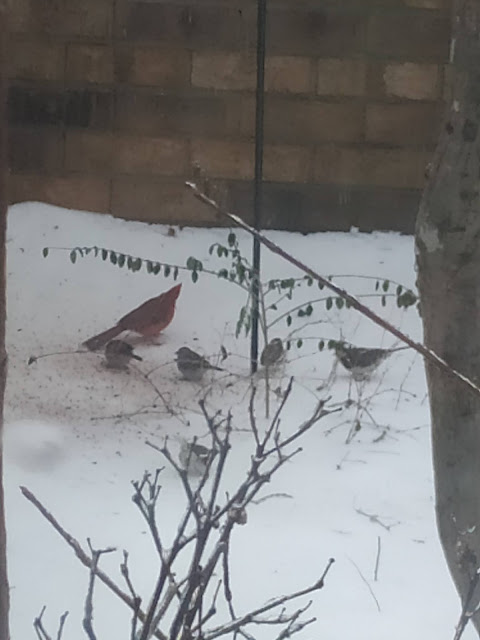 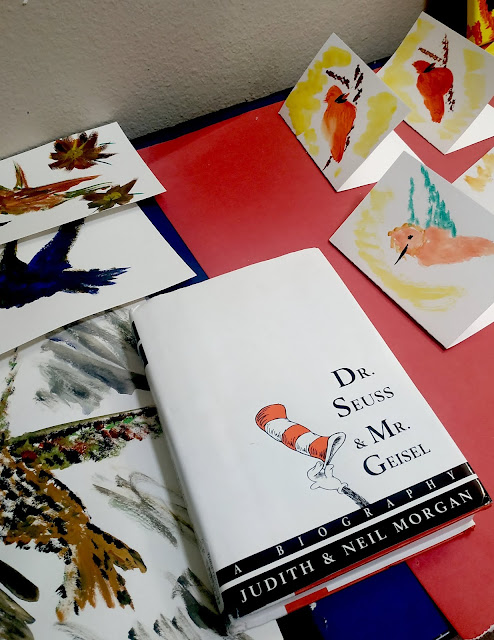 "You're crazy to be a professor," she blurted after class. "What you really want to do is draw." She glanced at another page and smiled. "That's a very fine flying cow!"

These are the words of Helen, a young woman Theodor Geisel met at Oxford, who later became his first wife.

And I have to say that this is a very fine biography of one of my very favorite authors and illustrators in the whole world. You cannot beat Mr. Geisel, aka Dr. Seuss for creative genius.

I remember as a child being so delighted with the illustrations of Hop on Pop and The Foot Book that I felt I could almost eat the pages (you know I love something if I associate it with food).

Judith and Neil Morgan give an exuberant, yet honest narrative of Theodore Geisel's life, growing up in Springfield Massachusetts, trying to become an academic and failing (he dropped out of college, including Oxford).

It took Geisel a while to find himself, traveling across Europe, falling in love with and marrying Helen and then finding success as an advertiser illustrator/
propaganda cartoonist during both wars.

He was part of the "Hollywood Five" where he became lifelong friends with the famous director Frank Capra and Chuck Jones of Bugs Bunny fame. Eventually he and Jones would collaborate to make one of the most firmly rooted American Christmas traditions: watching How the Grinch Stole Christmas (with my favorite horror actor, Boris Karlov as the voice of the Grinch).

We learn not only of Geisel's genius, but also his darker side. He suffered from his demons like everyone else. He was concerned with poverty, never quite understanding how much money he was making from his books.

He loved children, although never had any of his own. He was a champion and warrior of making books that would build children's reading vocabulary without dulling their imagination.

Unfortunately he also felt qualified in his later years to make anti-war and environmentalist propaganda books as well. Both of which were as naive as they were preachy. I mean, I think everyone knows that if people would just do the right thing there'd be no war or pollution. It's called sinful behavior. If you can't acknowledge the latter, don't complain about the former.

I was also a little shocked that he threatened legal action against pro life groups who were chanting "A person's a person no matter how small!" I mean, what the...? I guess only the people Geisel considers people are people. Very disappointing.

He also had an extramarital affair that probably led to his first wife's suicide. He married the affair and, by all accounts, were happy until death they did part, which was 25 years later.

What I conclude from all of this is that Theodore Geisel was a simply brilliant wordsmith and illustrator. As a philosopher he was certainly entitled to his opinions, but the rest of us can give them all the credit they're worth, at least, according to our own viewpoints.

I highly recommend this book, because there is so much information about Geisel, how he created his famous books, each book is given special description, the publishing business and, really, how does one create a whole book inside the limitations of a young child's vocabulary, while stretching his reading skills?

No easy task that, and Geisel accomplished better than anyone else. 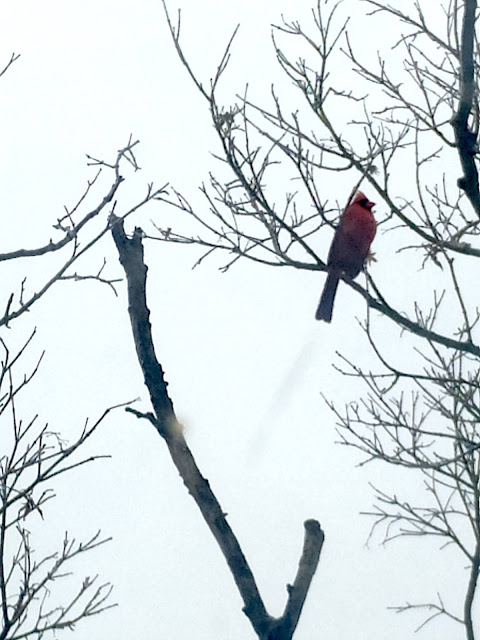 Posted by Sharon Wilfong at 1:33 PM

are those Cardinals? great shots of them shivering in the snow! i don't know much about Seuss, never having been exposed to his work as a kid; sounds like an honest book, tho... glad you got your water back!

I was worried about the birds freezing, but they seem to have survived. I've been faithfully filling up the bird feeder to keep them fat. Fat insulates. I know from personal experience.

RT I thought I approved a couple other comments you made but I seem to have erased them. Sorry about that. Feel free to try to post them again.