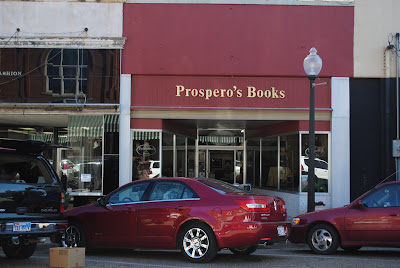 210 N. Washington Marshall, TX
Open Monday-Saturday 8am-5pm
.
One day while cruising through downtown Marshall, Texas, a sign caught my eye. It said, "Prospero's Books." I can never resist a bookstore, especially a small, privately owned one. As I walked in, I was immediately greeted by Damon Falke, the son of the proprietor. He talked amiably to me about himself ( he has a Master's degree in English literature. I found out later from his father that he's also a published author and playwright), his wife (she got her Ph.D at York University. Her dissertation on autodidacts-self taught readers and writers of the last century- is getting published), and the different books they were selling- all the while bottle feeding his baby son. While he talked, I browsed. This was not your typical best seller book store. The books here were in great condition, both used and new and reasonably priced. It also held the sort of books that I am mainly interested in: good, substantial literature that have endured the test of time, well written and enjoyable. 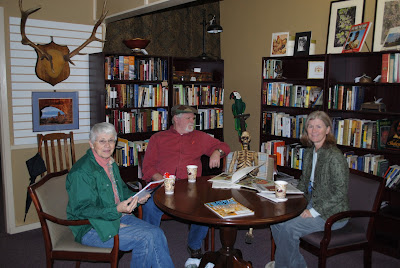 The bookstore contains both fiction and non fiction, contemporary and classic. A couple of weeks later I returned to take photos of the store. I was disappointed that Damon was absent, but not for long. This time I met the actual owner of the store, Don Falke, Damon's father. I found Don in the back room sitting at a table with some ladies sharing coffee and visiting. I got the impression that this was a regular practice with him. After the ladies left, he moved to a sofa and comfortably stretched out across it, with his arms crossed behind his head and proceeded to tell me a little about himself and how he came to be owner of a bookstore. 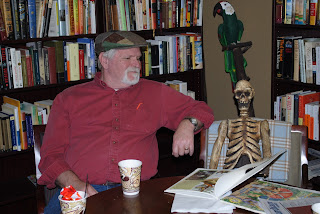 “I was raised in Port Arthur. When I graduated from high school, I could barely read and write. When I became a Christian, God called me to preach but in order to do that, I had to learn to read. So I did. In the process I fell in love with books.” 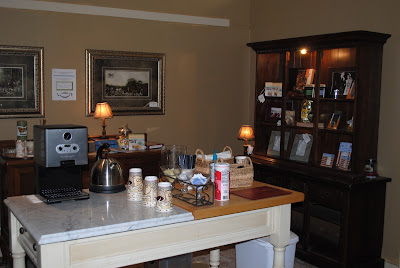 This started another kind of calling for Don. “I love to put a good book in people's lives.”
When asked why he came to Marshall,  Don told me that he attended East Texas Baptist University and saw that the town of Marshall was trying to save their downtown. Don wholeheartedly agreed with that. He believes that towns need the centers to be alive and active in order to keep the community alive. So, two years ago he began Prospero's Books. 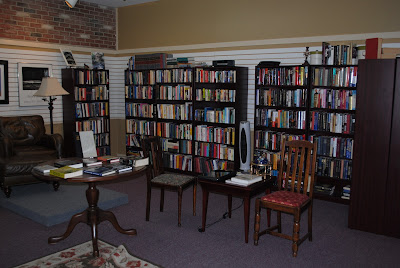 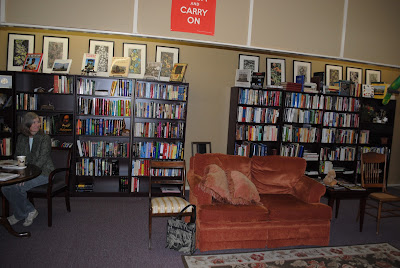 Don hopes that he can influence people in a positive way by attracting them to books that are worth reading. Books that are rich in vocabulary, strong sentence structure, and, I personally add, imagination as well as information. He hopes to steer both young and old to many of the classics that have endured for so long. 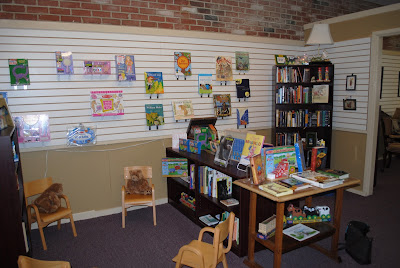 He also thought that with three colleges Marshall would have a good number of kids who  love to read, but that hasn't turned out to be the case. We discussed at length the different reasons why young people today don't read- largely because of the media and technology.  Then what little they do read isn't worth reading. Don had a lot to say about the lack of literary taste in the majority of people. He believes it's because publishers care only about selling books and they give people very poor selections to choose from. 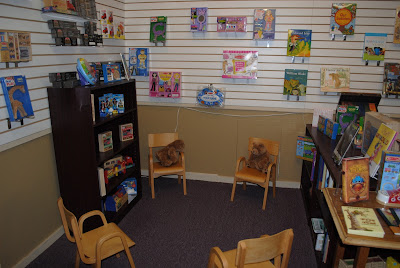 Then the preacher surfaced and Don said something provocative. He asserted that filling your mind with mediocre reading is just as ungodly as any other sin. I believe he was saying that it is our Christian obligation to use and exercise our minds. Stop giving the rest of the world the impression that Christians are anti-intellectual. God gave us a brain, we need to use it. One of the ways to do that is by filling it with quality reading and not pop-culture -saturated, flash in the pan, best sellers (my words, not his, but I believe that's what he meant.) 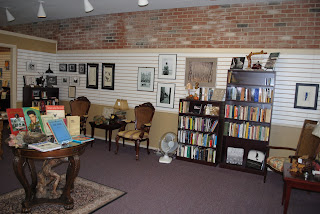 Prospero's books is one of the most inviting bookstores I've ever been in. The rooms are basically how my dream house would be structured, comfortable chairs, tables and sofas, the walls lined with book cases simply packed with books. He also provides delicious coffee, tea and friendly conversation. If you ever get to Marshall, Texas be sure to stop by and browse (and buy!) 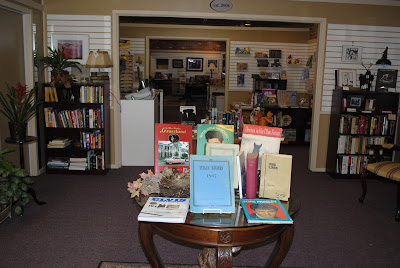 Posted by Sharon Wilfong at 2:37 PM

Sharon, You must inform Texas Monthly and Texas Country Reporter about this place.
You also should be paid for what you write. You are a writer! It's a gift. Thank you for sharing your gift!

Thanks for the compliment, Phyllis! This blog is actually my venue to practice my writing skills. I hope to be published, one day (sigh).

What a neat place! I would love to visit...for a while!

Yes! I could live at bookstores!