Before Black History Month completely escapes me, I want to pay homage to one of my favorite poets, Langston Hughes.  I first learned about Hughes in the fourth grade when the best teacher I ever had, Ms. Rogers, divided us up in groups and assigned us different people to research and make a display for the school's "Black History" exhibit held in the cafeteria.  My group got Langston Hughes and our exhibit was comprised of  some of his poems written on poster board with illustrations that we drew and colored.  I never forgot the beauty of those poems.
So on the last day of February in celebration of Black History month, I am posting a couple of my favorite poems by Langston Hughes.

Listen closely:
You'll hear their feet
Beating out and beating out a-

You think
It's a happy beat?

Listen to it closely:
Ain't you heard
something underneath
like a-

What did I say?

Sure,
I'm happy!
Take it away!

Hughes' semi-autobiographical book, Not Without Laughter, is also well worth reading.  In his actual biography, The Sea, Hughes explains where the story and his own life actually diverge:

I wanted to write about a typical Negro family in the Middle West, about people like those I had known in Kansas. But mine was not a typical Negro family. My grandmother never took in washing or worked in service or went much to church. She had lived in Oberlin and spoke perfect English, without a trace of dialect. She looked like an Indian. My mother was a newspaper woman and a stenographer then. My father lived in Mexico City. My granduncle had been a congressman. And there were heroic memories of John Brown's raid and the underground railroad in the family storehouse.

But I thought maybe I had been a typical Negro boy. I grew up with the other Negro children of Lawrence, sons and daughters of family friends. I had an uncle of sorts who ran a barber shop in Kansas City. And later I had a stepfather who was a wanderer. We were poor--but different. For purposes of the novel, however, I created around myself what seemed to me a family more typical of Negro life in Kansas than my own had been. I gave myself aunts that I didn't have, modeled after other children's aunts whom I had known. But I put in a real cyclone that had blown my grandmother's porch away. And I added dances and songs I remembered. I brought the boy to Chicago in his teens, as I had come to Chicago--but I did not leave behind a well-fixed aunt whose husband was a mail clerk.

Next stop March and we know what culture that celebrates! 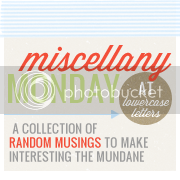 Posted by Sharon Wilfong at 8:24 PM

Love his poetry, and so interesting to read excerpts from his biography! Thanks for sharing them and the recommendations.

Thanks for visiting. Glad to meet a fellow Hughes fan!

I don't thing I'd ever heard of him before... Very interesting clip from the bio. I love people stories!

I love people stories, too! That gives me an idea of books to review..hmm..