Here are some lovely Baroque Concertos.

I've been painting my birds, but have not been happy with the product.  This is my latest effort at Hercule's portrait in acrylic.  Better than anything I've done so far, but I may paint over it.  What do you think? 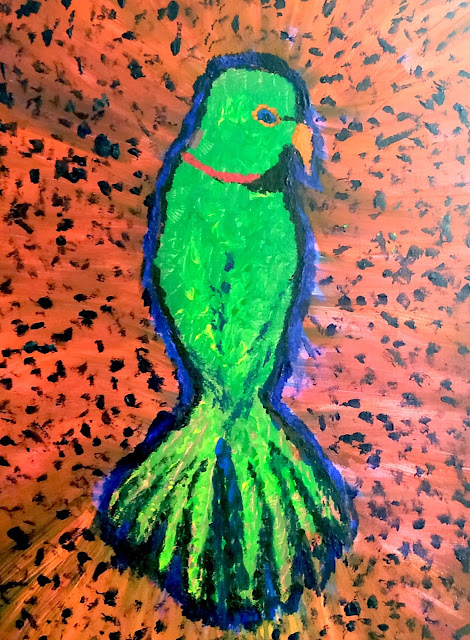 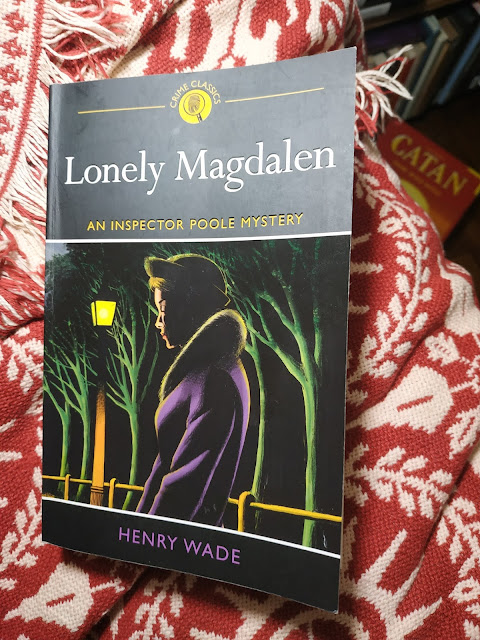 This was a great mystery and also an original one.

We start at a bar where a news broadcast interrupts the normal programming to announce that the body of a woman has been found strangled in a park. The woman is described with a burn mark on her face. Any information as to the identity or witnesses who may have seen anything etc..

The people in the bar become quiet. The park is not too far from the bar, but that is not why the patrons of the bar have become quiet. A hulking man sitting by himself turns white. At first they all laugh, thinking something is in his beer, but his violent reaction causes them to shy away and they soon forget about him. The bartender and owner of the bar, who happens to be an ex-policeman, suspects more.

The story then embarks on a thorough investigation with Inspector Poole, a young detective, with his superior officer, Inspector Beldam, to obtain the identity of the woman and hopefully trace the whereabouts of the murderer.

The story is unusual in that it starts off as a normal detective story, but interrupts itself to give a background of specific people involved by going twenty years in the past, before returning to the present.

The present is 1939, when Europe was on the brink of war. The middle part goes back to the First World War.

While Poole, Beldam and their men are fastidious, the story is never boring. Wade writes in an engaging way that envokes sympathy for all the players involved, even the victim and perhaps the murderer.

I'm not sure the story ends with both feet on the ground, because it leaves questions. I believe this was the author's intent, but it is not my favorite way to conclude the story because there's not absolute closure.

Still, I rank this up with one of the best mysteries I've read.
Posted by Sharon Wilfong at 1:27 PM

the author's name sounds vaguely familiar, although i'm pretty sure i've never read him. it does sound interesting... re the painting: it's okay in my unlettered opinion, but i do prefer your Orientals...

I can paint a lot of birds, but I just cannot seem to paint ringnecks or lovebirds. I think I will paint over it. It's too cartoonish.

've read a couple of those Crime Classics novels and they've been very good. Not cozy but quite original.
I love books set in the war years.
Have you worked out your subscriber email situation? I see we can subscribe to posts but I only seem to be able to get gobbledegoop when I click on those type of links.

I also really like the books set in the first half of the 20th century, especially the war years.

I am going to try WordPress, even though mudpuddle had a negative experience with it. My main reason is because it automatically provides a subscription for e mail followers without my having to add a widget.

This week I'm preparing for my mother's memorial service this Saturday and kind of sluggish about everything else.

Thanks so much for visiting my blog. Glad you enjoyed it.

Sharon, did you read The Duke of York's Steps by Wade? I did years ago and liked it very much. Give it a try. Now, can I suggest my novel Finding Cristina? The backdrop of the story is the early 1920s in Rio de Janeiro. (I found mention to your blog on GoodReads, by the way.)

Thanks so much for the sweet comments on my Goodreads photos. I have five parrots and they are my precious babies. Yes, I'm not quite sane about them. Luckily I have an understanding husband.

However, I'm willing to give your book a try. If I like it I will review it on my blog.

All the best and heartfelt wishes for success!