Why Cats Paint by Heather Busch and Burton Silver

Listening to some Schumann.

I was talking on the phone with my dad the other night while I walked around outside.  I happened to look up and see the full moon. 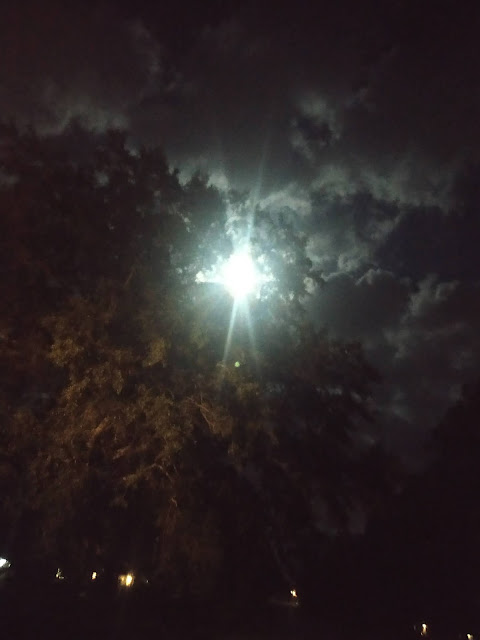 Then sings my soul, my Savior God to Thee.  How Great Thou Art!! 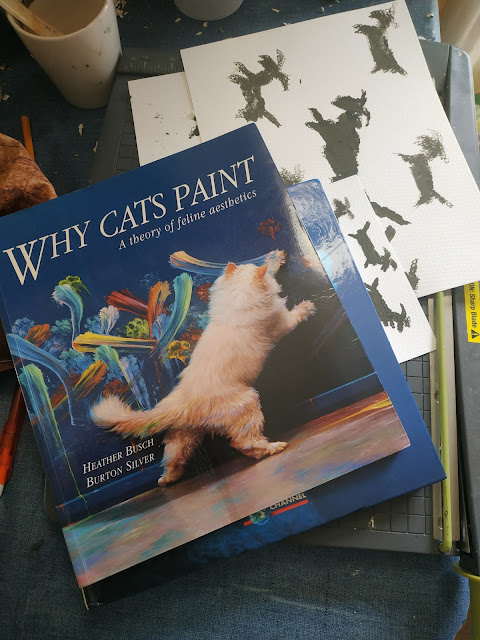 This is one of the best satires on modern art that I've ever read. The authors use the exact same pretentious language to describe "Fluffy's" efforts at filling space with his marks that I've read in so many books on modern artists. The only thing they left out was political correctness. I guess cats aren't interested in Social Justice, Sexual Orientation or Racial Identity.

I guess because the authors never wink throughout the book, some people take it seriously. They don't ask themselves how the writers of the book know the thoughts and motivations of an animal.

"The typical pose of a cat when sitting at a Point of Harmonic Resonance: the eyes are slightly closed and the cat will generally purr and may rock gently back and forth.

Almost all cats that paint spend at least ten minutes in resonance prior to commencing a work, which suggests they derive some inspiration power from these invisible low frequency force fields."

"Misty's popularity as a painter is due mainly to the figurative nature of her images. The elegant, bi-colored forms that sometimes extend up to ten meters in length, are immediately evocative and invite a wide range of projective interpretations. In a recent work, A Little Lavish Leaping, the surface is heavily built up with short black verticals to produce an elongated curvilinear mass that is at once dense yet strongly nuanced with movement.

Tension gathers at the base and builds upwards, flowing to a release in the upper ovoidal form."

Man, I wish I could write like that. I'm not even sure they're using real words.
Posted by Sharon Wilfong at 2:50 PM

i find it difficult to credit a cat creating a 36 foot painting... this does seem a bit outre, but some like that sort of thing i guess... to each his own...

I just wish I could write using that kind of pretentious language. I'd get a writing job for an art magazine.

I guess I just enjoy spoofs.

Take care! Hope all is going well with you and Mrs. M.