Father of Money: Buying Peace in Baghdad by Jason Whiteley 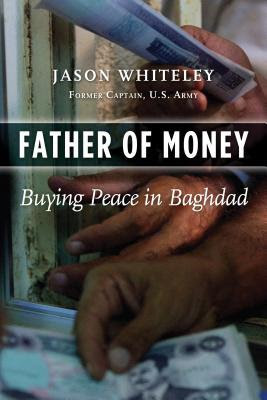 This is the second in a series of book reviews I'm writing about War.  For the first review go here.


Father of Money is the account of one Army Captain’s experience in during the Iraqi war.   Captain Jason Whiteley was appointed “governance officer” over Al-Dora, one of ’s most violent districts.  His job was to work as a type of liaison between the army and the citizens of in order to develop trust and cooperation.


Without the aid of a ghost writer, Captain Whiteley exhibits excellent writing skills and a sharp wit.  Using rich and vivid detail he draws the reader into the streets of where we participate as an invisible third party to his interactions with local Imams, community leaders and Iraqi citizenry.  He imparts to us the insight he gained, showing us how a culture very different to our own operates and how the values and beliefs of a society directs the functioning of that society.


Unlike the previous military books I’ve read where the soldiers jump in ready to rope and brand everything in sight, Whiteley takes a more thoughtful approach.  He tries to get to know and develop relationships with the Iraqis, he studies them.  With uncommon perspicuity, he learns how they think, what makes them tick.


He sought out the community leaders, knowing that if he had their respect and trust everyone else would follow.


While he and his staff (whom he called "the misfits") are driving through town, three teenage Iraqis approach his Humvee to inform him of an IED that had been hidden in a pile of bricks in the pathway of their vehicle.


While we waited for the demolition team to come to disarm the bomb, the guys hung around, obviously wanting some form of compensation for their efforts.  Unfortunately, the army forbade us from carrying any type of reward money …What the army didn’t realize was that the Iraqis considered it proper to give money to someone you trusted.  These kids had just betrayed some organization…In return we could only offer them a soccer ball or T-shirt.  Alternatively, they could get a voucher and got to the FOB, wait hours (or days), and receive money, all the while revealing themselves to everyone as informants and placing themselves in even greater danger.


Whiteley comes up with an alternative solution:

‘Get those guys into the Humvees,… and be rough.’


The Iraqis were in plastic handcuffs in the Humvees and we were speeding off….


….. We drove quickly from the neighborhood and headed to Said Mallek.  The kid in my Humvee cried and pleaded with me but I didn’t bother to console him…


‘Salaam.’  The smooth voice came from the doorway just ahead of us.  Always calm, Said Mallek appeared almost out of nowhere.


I then explained to him as simply as I could that he owed me money and I wanted 10,000 dinars paid to these kids.


He reached into his pocket while I asked for the kids to be brought around.  For a moment I felt bad for them.  They had really helped us out, and now I could see the tear stains on their dirt-streaked faces.  Said Mallek greeted them and gave each of them 5,000 dinars.  Their relief almost brought them to the ground… He invited them inside for tea.  The whole clan was assembling inside the house, along with its three new members.” (pg. 96,97)


This is a guy who knows the psychology behind a culture and how to make it work for him.  The kids were rewarded for helping the U.S. Army but one of the leaders of the community, Said Mallek, got to look like the benevolent caretaker by dolling out the money and he in return acquired three loyal followers.  One can see how Whiteley earned for himself the name, “Abu Floos”, which means “the Father of Money.”


Whiteley describes the living conditions for the average Iraqi, lack of clean water and  sewage running freely through the towns, the internal corruption where people are brazenly and mercilessly fleeced by their fellow Iraqis and the disconnect between the U.S. and the people they are trying to help get back on their feet.


Whiteley becomes disillusioned when for all his efforts he cannot seem to bring reconciliation between the Shias and Sunnis or stop terrorist attacks against the   What he seems to fail to understand as does the American military is that one cannot impose a system that is rooted in Christian values and concepts of right, wrong and basic human rights on a society that holds to an entirely different set of beliefs that don’t include these precepts.  Precepts that most Americans take for granted.


His last couple of chapters describes a wholly unexpected attack on him and his personnel from insurgents.  An action packed thriller movie could not hold more suspense than these chapters.  In fact this book would make a great movie.


Whiteley has the unique ability not only to grasp cultural semantics but also appreciate aspects of another culture even though it is foreign to his own. He writes of the culture shock when he returns to his own country and his frustration with Americans' insolation and insulation with the rest of the world, especially parts of the world where living with open sewage lines and IED’s planted in the street are a reality.


In conclusion, Father of Money is a well-written, fascinating account of the American military’s attempt at creating independence in a country that lives on the edge of anarchy and despotism.  Despite its content it is written with warmth and humor and is one of the most enjoyable and readable contemporary books I’ve read in a long time.  I highly recommend it to every American citizen because we all need to be more attuned to world events-especially events that are impacting our lives.

I received a copy of this book free from the author. 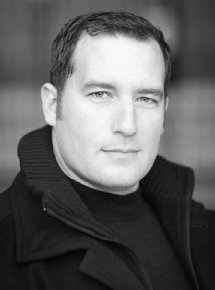 Jason Whiteley was born and raised in Lumberton, Texas, a small community near the Gulf Coast. He attended the United States Military Academy at West Point, where he graduated in 1999 near the top of his class. He served as an officer in the 1st Battalion, 8th U.S. Cavalry in the First Cavalry Division from 1999 to 2005, including a six-month tour as a staff officer in Honduras as part of Joint Task Force Bravo.

From 2004 to 2005, he served in Baghdad as a governance officer in the Al-Dora District of Southern Baghdad. In 2005, Captain Whiteley was featured in the PBS Frontline documentary A Company of Soldiers. He left the Army in 2005 to pursue a law degree and a master of science in foreign service at Georgetown University, both of which he received in 2009. Whitely has been quoted in numerous newspapers on the subject of building governance capacity in Iraq. He lives in London, where he practices law.  (From the flyleaf)

What an exciting book. What I find incredible in the aftermath of the Iraq war is how the politicians bungled the peace and the ground soldiers, once and once again, were made to deal with the consequences.

As a former solider and a very amateur student of military history it boggles my mind that decisions were made by very smart people but that a simple history lesson (or ask any ground soldier) would have straighten them out.

Then again, maybe "winning their hearts and minds" wasn't the idea.

Man of la Book: You're right. It's another example of how government cannot replace personal relationships.